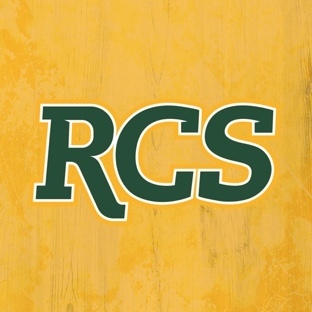 RCS Senior Louis Newburg recently completed his certification to become an Eagle Scout as part of his affiliation with the Boys Scouts of America. A member of the organization since fifth grade, Louie has continued to serve his community through the group. As part of his opportunity to be selected as an Eagle Scout, he wanted to offer a unique way to provide a service to his community, while honoring those who have served in the United States Armed Services.

“As a Boy Scout, community service is a huge part of what we do. Community service is often looked at as an inconvenience and time consuming. The scouting experience has instilled in me that it is very rewarding and makes you feel good about yourself, while helping others,” said Newburg. 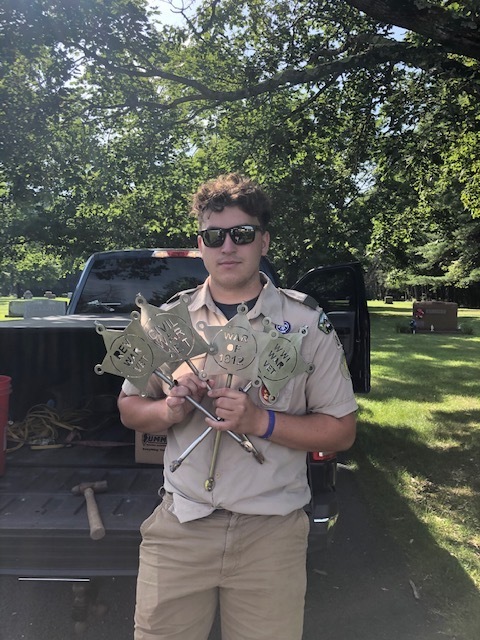 After much thought and speaking with his parents, Louie came up with an idea to honor local veterans at the Bethlehem Rural Cemetery in Selkirk, N.Y. Mr. Newburg noticed the lack of military recognition for individuals in the cemetery that had participated during the following wars: War of 1812, Civil War, Revolutionary War and World War I. He decided to partner with his father to create markers to identify those veterans laid to rest in the cemetery. He utilized his father’s metal fabrication business to design the markers using 3-D technology. He successfully created 40-50 markers to lay at the appropriate grave sites to honor those who have served.

“The main purpose of the project was to recreate the existing plaques because the previous plaques (if there were any) were made out of cheap plastic, which broke very easily from cold weather and lack of maintenance. The newly designed plaques were made completely out of stainless steel to prevent rust and allow them to last longer than the original,” he said.

This project was one of the final steps for Mr. Newburg to secure his final scouting achievement, becoming an Eagle Scout. On Thursday, November 5, he was officially named an Eagle Scout after completing the process of presenting his project to the national board of the Boy Scouts of America. “Coming to the end of my days as a Boy Scout, which will end when I turn 18, has taught me a lot. The most important thing it has taught me is to put effort into everything, while chasing your goals,” he said.

Becoming an Eagle Scout is no easy accomplishment, with only 8% of ALL scouts in the nationwide organization achieving the rank of Eagle Scout in 2019.

His father echoes that achievement in his son’s work with the Boy Scouts of America: “I would like to say that I could not be prouder, happier and humbled to be the father of this one-of-a-kind young man. I could write a book on Lou’s accomplishments in life, but nothing means more to me than the loving and respectful man that he has become,” said Mr. Newburg IV.

After graduation, Mr. Newburg will pursue his interests in law enforcement at Hudson Valley Community College. His goal is to enter the New York State Police Academy in the future.