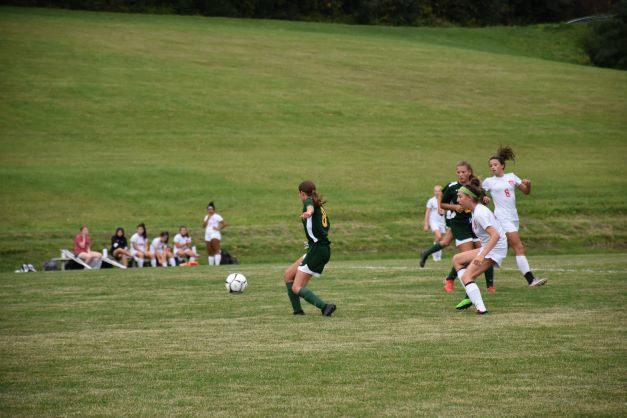 As we continue to move through the pandemic and adjust to new health and safety protocols and schedules, RCS student-athletes continue to positively represent the school in their respective sports. Today, we share a roundup of how our district matched up and brought some good news and highlights to the school community. We would like to congratulate all of our student-athletes that participated in the following sports: Boys & Girls Cross Country, Cheerleading, Boys & Girls Soccer, Girls Tennis, Boys Golf, Girls Volleyball, Football and Girls Swimming & Diving. In total, the district had 203 student-athletes participate in fall sports for the 2021-22 fall sports season!

RCS Boys & Girls Cross Country: The RCS Cross Country program continues to improve and makes some noise in a field that’s filled with quality programs and runners from throughout our region. Special highlights were the continued work and dedication by John “JR” Meddaugh as he continued to progress running under the coaching of Coach Racey. He made a substantial leap from his sophomore to junior season and wrapped up a successful season with a strong showing at Colonial Council Championships in Saratoga Springs with a 9th place finish. Not to be outdone, RCS Seniors Michelle Norton and Julianna Tourangeau completed their senior year with strong performances and made gains in their development as quality distance runners. Julianna finished 8th at the Colonial Championships earning her 2nd team All-Star. Michelle finished 12th at Class C Sectionals out of 200 runners.

Cheerleading: The RCS cheer team was in full force as they continued to show support for the football season. A fantastic job getting our crowds pumped up and showing the sports community that RCS is full of spirit!! Congratulations to this year's seniors on an excellent season; Alexis Brisee, Alyssa Gallogly, Catie Johnson, Skylar Hyslop, Niquéla Green, and Maddisyn Pike!!

Boys & Girls Soccer: The RCS Boys Soccer team completed a tough season at four wins and 11 losses with one tie. Regardless of record, the team made it to sectionals and eventually lost in the first round. RCS Junior Damien Cruz was named first league All-Star. The team had three seniors this year: Nicholas Abrams, Adam Smith Jr., and Gavin Trosclair, congratulations on a great year!

RCS Girls Soccer pushed through a competitive season that ended with a 1-0 sectional loss to Voorheesville. The team ended up placing in sixth place in the Colonial Council with a record of 5-11, with most of their games lost by a difference of only one goal. A big shout out to Chesnie Waddingham and Katie Pagnotta who made Colonial Council First Team All-Star, and Mollie MeFerran who made the Colonial Council Second Team All-Star. Congratulations to this year's seniors on the completion of their final season, Chesnie Waddingham (Captain), Katie Pagnotta, Lauryn Reville, Mollie McFerran (Captain), and Shannon Chatauneuf!

Girls Tennis: For the first time in a few years, the RCS Girls Tennis team notched their first win in Class B Sectionals for the 2021-22 season. Overall, the team had three wins and 11 losses but supported their strong finish by having one single team and one doubles team make it to the second round of sectionals before they were eliminated. Congratulations on a great season!!

Boys Golf: For 2021-22, the RCS Varsity Golf Team completed a successful season on the links. The team, led by seniors Will Robertson and Jayden McClellan, had several players shoot their personal best scores during the season and finished in sixth place during the season-ending colonial council tournament held at Capital Hills Golf Course in Albany. Special recognition goes to Will and Jayden for being leaders, competitors, and for their sportsmanship throughout the season, they will be missed next year!

Girls Varsity Volleyball: The RCS Girls Volleyball season came to a close with nine seniors finishing out their careers this season. Overall, the team finished with five wins and 11 losses but had an excellent time completing a strong season, representing the district in fine fashion. Thank you to the nine seniors leaving the program: Caroline Bullard, Victoria Faragon, Kaylee Howe, Gabby Margiasso, Makayla Morris, Sofia Orsino, Adriana Rolon, Uchenna Uba, and Regina Ware-Salazar. We appreciate their dedication in showing our younger players what it means to compete for the RCS District. We look forward to seeing the program return to competition on the hardwood next fall!! Congratulations to Adriana Rolon who was named to the Colonial Council First Team All-Stars and Sara Hotaling who was named to the Colonial Council 2nd Team All-Stars.

RCS Varsity Football: What a year our team had for Section II and beyond. With the team battling a tough competitive schedule and key injuries, they were able to make an impressive run through the sectional and state playoffs. Learn more about this special season and the coaches, players, and families that experienced this exciting ride throughout the 2021-22 football season here: https://www.rcscsd.org/article/596749

Some pictures from our Fall 2021 Season: 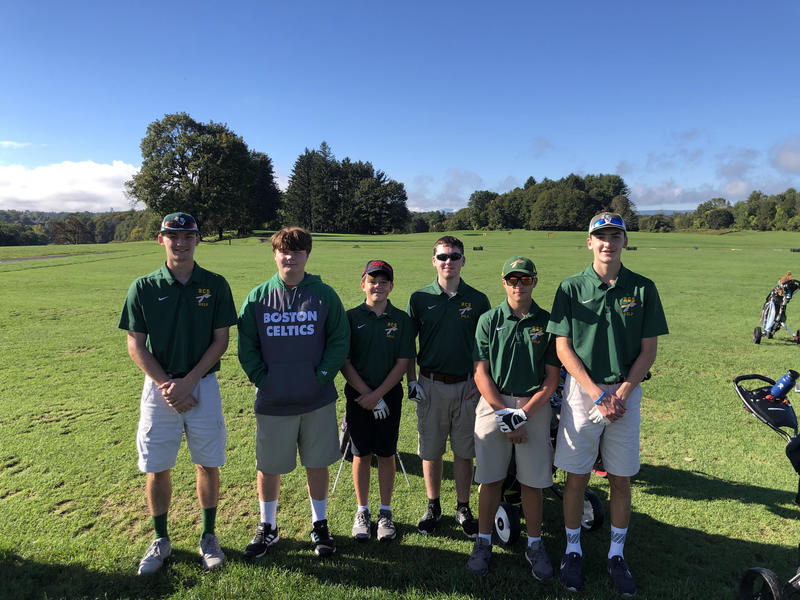 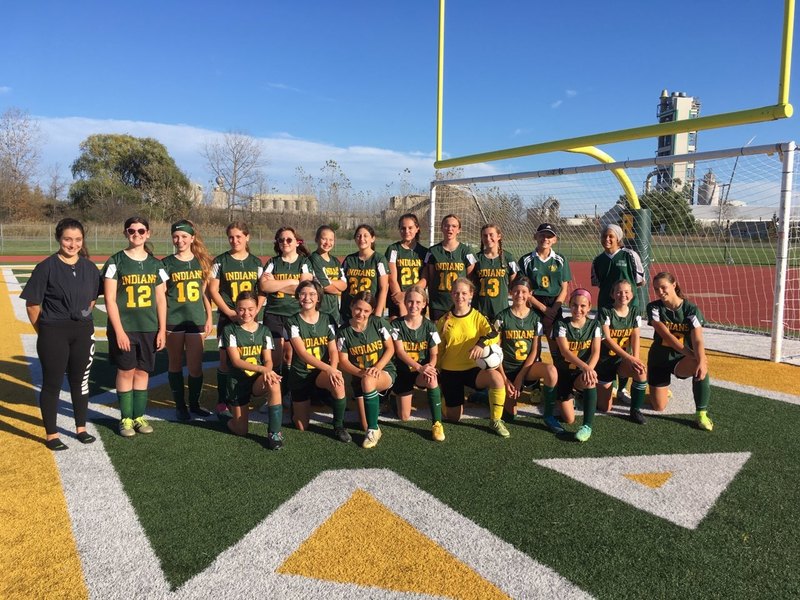 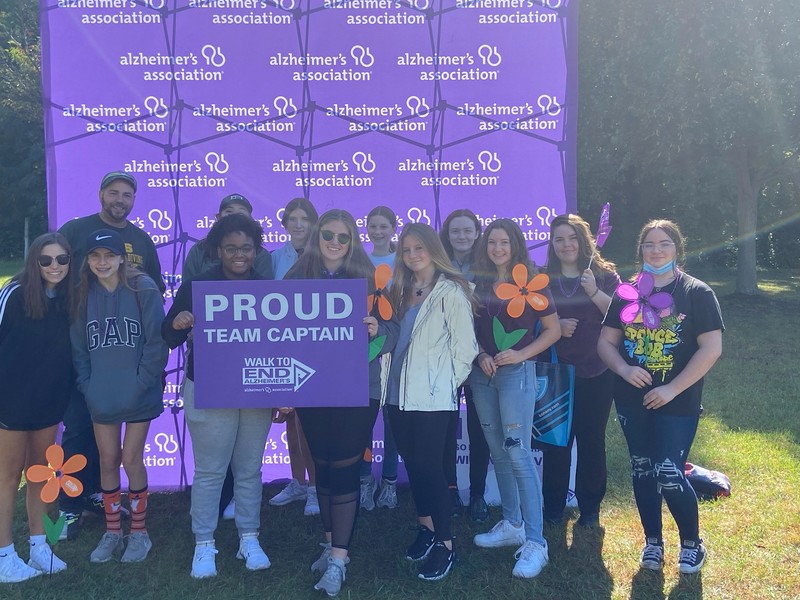 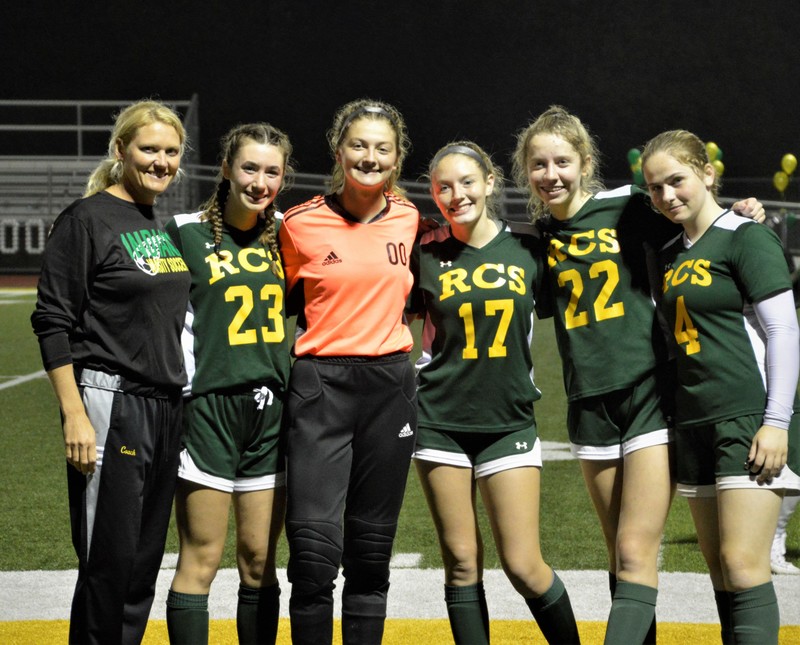 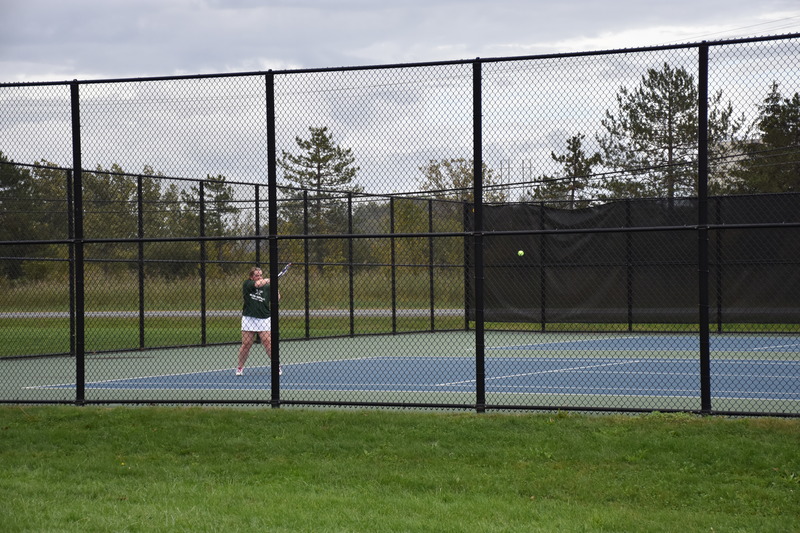 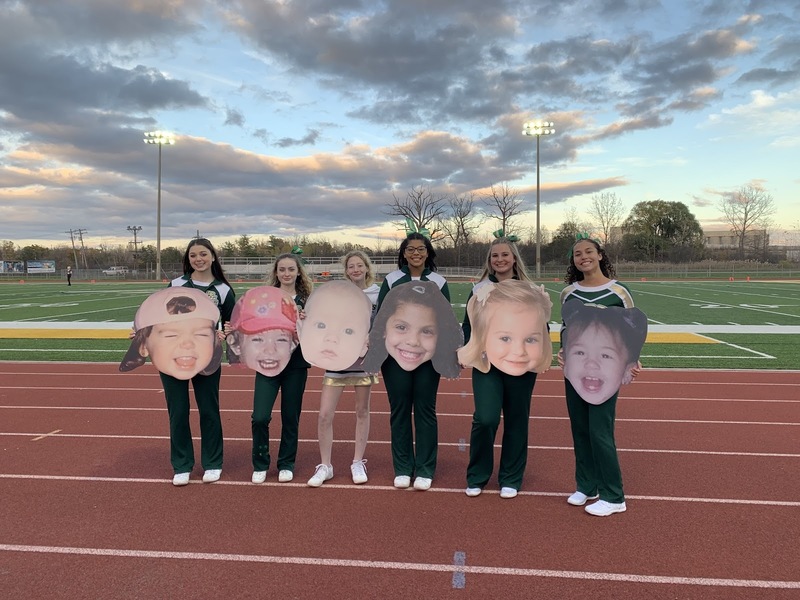 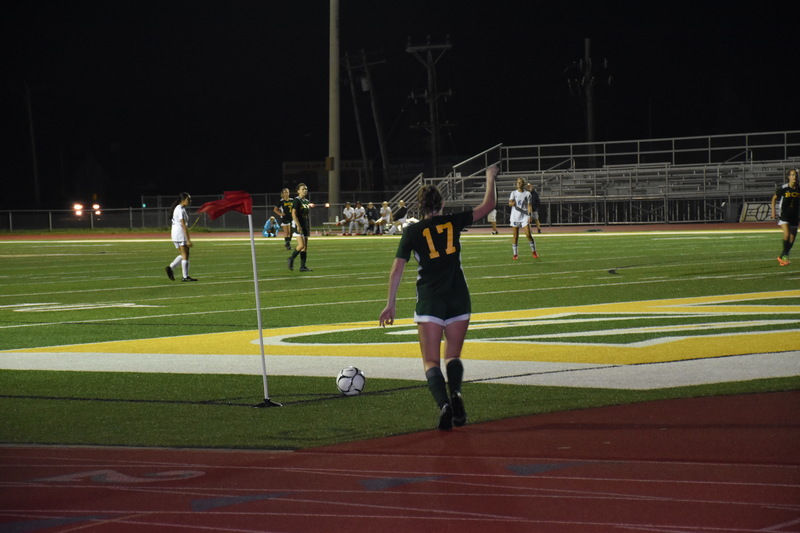 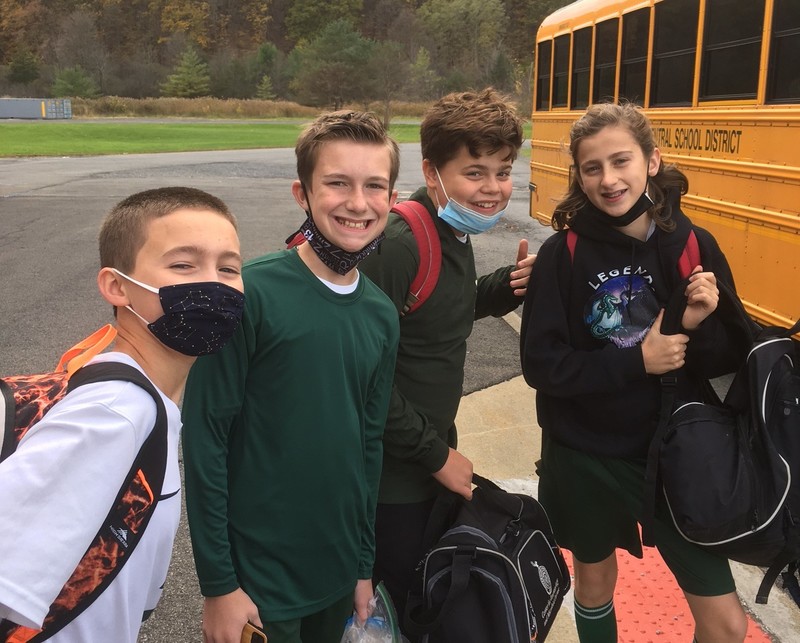 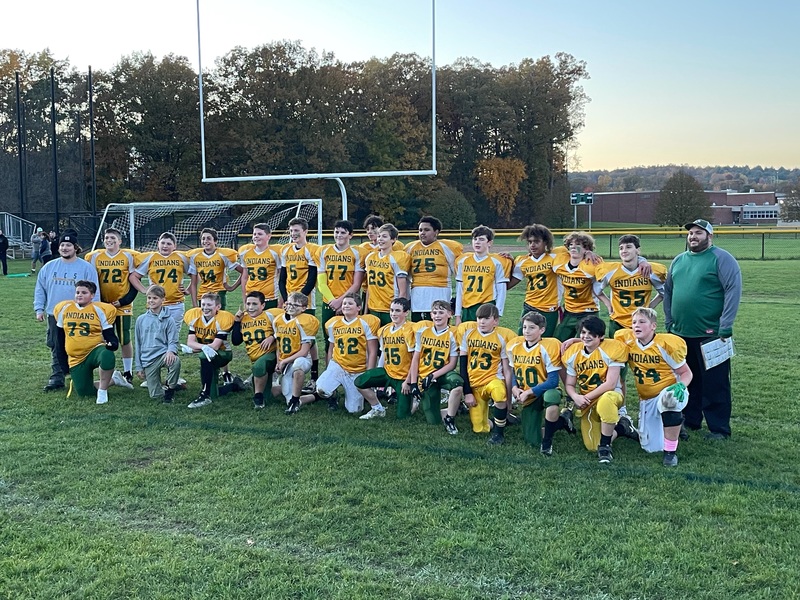 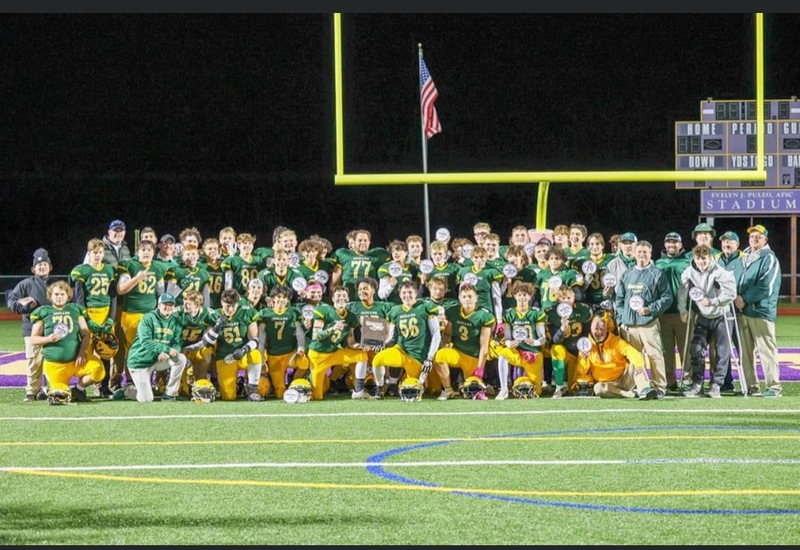