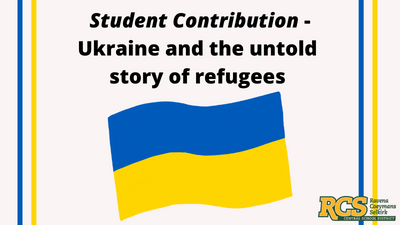 Student Contribution – Ukraine and the untold story of refugees

This piece was written and edited by Senior Mollie McFerran in Ms. Stumbaugh’s University in the High School (UHS) Journalism Class. They have been working on the Feature Story unit for the class. This course provides an introduction to journalism and the mass media. They cover topics such as media history, the impact of media on individuals and society, as well as ethical and legal issues related to media practices in journalism. Students work to develop the skill sets of reporting and news writing by learning the fundamentals of journalistic writing.

More than 75 years after the largest displacement of people in world history ended, the ongoing Russo-Ukrainian conflict is bringing a spotlight to the resources available to refugees and displaced persons.

When thousands of people began fleeing Germany and surrounding countries in the early 1940s the organizations and people that were trying to help were few and far between. The Youth Aliyah group from Palestine, OSE from France, Movement for the Care of Children (Britain) and Yishuv were some of the few organizations that were available to help.

Movement for the Care of Children, also known as Kindertransport, successfully moved 10,000 Central European Jewish child refugees between 1938-1939. Other organizations in France, including the OSE successfully moved thousands of children away from the perils of persecution and war that they would face in their homes.

However, not everyone trying to enter these countries was allowed entry. At the time, and still in some places today, there were quotas that only allowed so many refugees from certain countries in. The United States was one of the countries that had a quota in place, in addition to their strict documentation laws.

"I had to wait three long years. There were quotas. There were always quotas," said Charlene Schiff, a Holocaust survivor. Ms. Schiff was from Lvov, Poland and lived through Soviet and German occupation, living and escaping a ghetto, and losing her entire family.

Per the United States Holocaust Memorial Museum Website, Ukraine was home to the largest Jewish population in Europe before the beginning of the Holocaust, and it is estimated that about 500,000 Ukrainian Jews were killed over the course of the Holocaust.

Today, some of the survivors of the Holocaust living in Ukraine are living through another unprecedented war. Independent since 1991, Ukraine was invaded by Russia on the command of president Vladimir Putin on February 24, 2022. Since then, violence, destruction and death has been nonstop.

"I feel like I'm dreaming," said 88 year old Natalia Berezhnaya in an article from CBS.

She continued on saying that in 1941, when fleeing the Germans she evacuated to Siberia and hid in the basement of a building. Now, she is having to hide in the same basement, and it is bringing back all of the memories.

Natalia is not the only Holocaust survivor that is living in Ukraine. It is estimated that there are more than 9,900 survivors that are living in Ukraine right now according to JDC, per the CBS article.

According to an article from BBC, the Ukrainian Jews are not the only Holocaust survivors who are reliving the invasion. There are large groups of Roma who live in Kharkiv and other cities, and they are being forced to flee their homes because of the bombings on civilian targets.

"Everything is burning. Everything is destroyed," said one Roma grandfather identified as Pavel in the BBC article.

Per the BBC article, another survivor of the Holocaust, one Tatiana Zabramnaya is reliving the traumatic events that her family went through at the beginning of the war in 1941. She had family in Kyiv then, and does now as well. In 1941, her aunt and uncle were shot in Kyiv. Now, her daughter is living there with her husband and adopted son, and she fears for her daughter's family.

All over the world there is an outpouring of support for refugees from Ukraine. With donations pouring in, organizations and ordinary people alike are doing their best to give as much as they can.

According to The Washington Post, Polish mothers have been leaving their strollers and baby products at the train station platforms for Ukrainian mothers to use upon their arrival to Poland.

Organizations that are providing aid include UNICEF, Save the Children, Homes for Ukraine, and other UN led organizations. Nations that are sheltering refugees include Poland, Moldova, Hungary, Slovakia, Romania and many more.

However, we cannot forget about those that are unable to escape. The BBC states that there are just under 2 million people that are internally displaced in Ukraine. These people are fleeing their homes in desperate need of a safe place to live, but may be unable to leave the country or have nowhere to go once they leave.

The best thing that people can do to help those stuck in Ukraine is to donate to recognized aid organizations who are doing all they can to provide necessities to those in need.

Cohen, Li. “They Survived the Holocaust. Now They're Trying to Live through Russia's Deadly 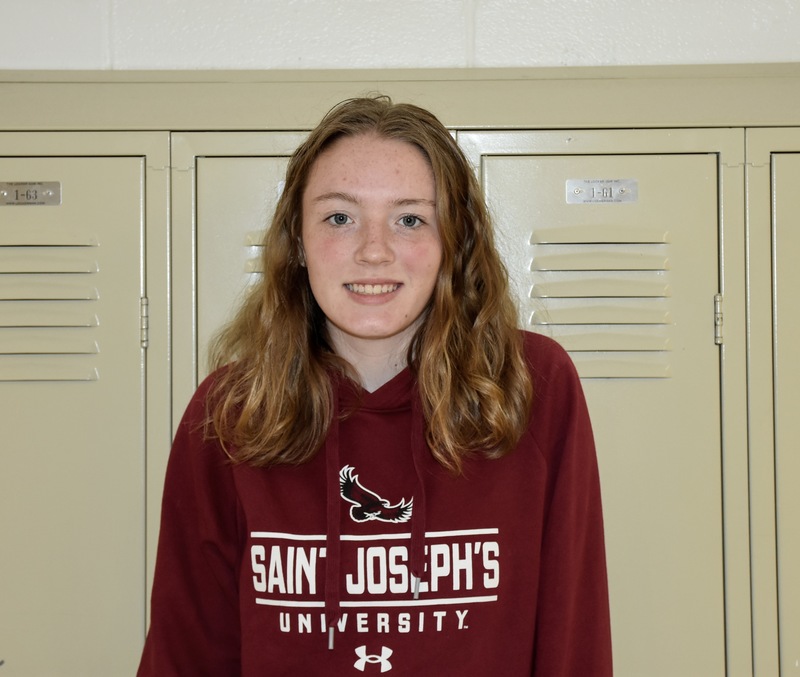