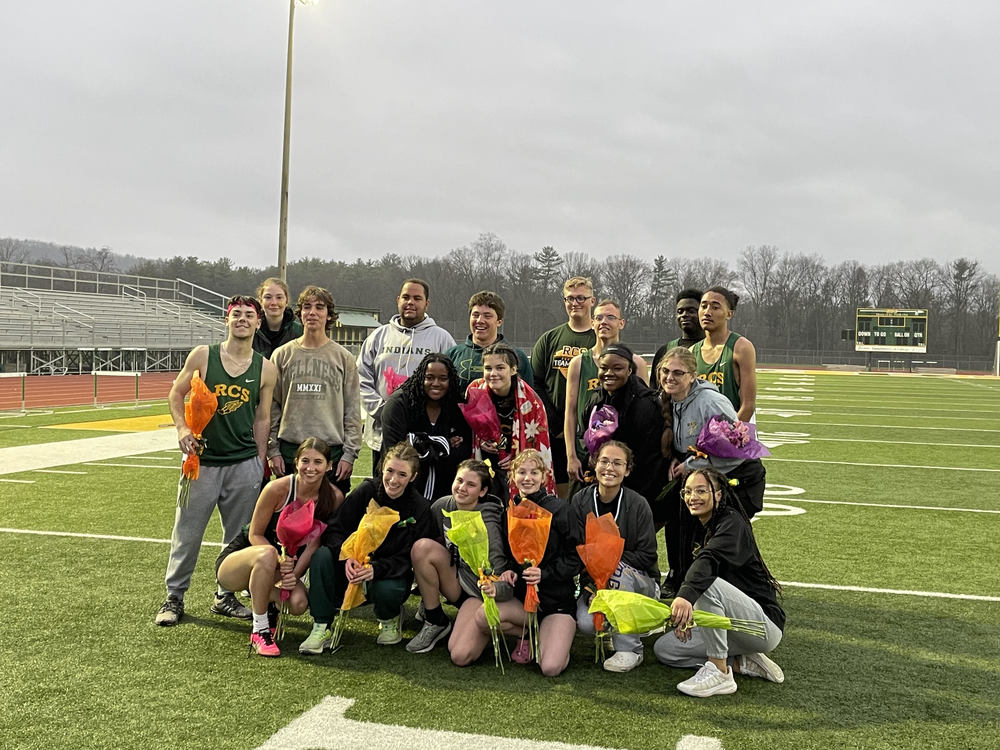 What a year it has been – with just over 125 student-athletes participating in the 2022 Spring Sports season this year, they kept it interesting and exciting every step of the way!

A special shout-out goes to the coaches, parents, caregivers, and most importantly, our student-athletes for a fantastic spring season! The dedication, sportsmanship, and hard work of every individual involved in our athletic program are greatly appreciated!

“We are incredibly grateful for the support of our RCS Community,” said Athletic Director Bob Dorrance. “We had a wonderful spring season, full of RCS pride and accomplishments. Our student-athletes represented the district with integrity and sportsmanship. I could not be more proud.”

Congratulations to all of our student-athletes and coaches on a successful spring season! Here is a wrap-up of each sport:

Varsity Baseball: The team worked hard and battled all season, winning seven games, which qualified them for sectional play. They were led by their three seniors, Noah Algozzine, Jayden McClellan, and Ryan Southworth. Noah Algozzine was a 2nd Team Colonial Council All-Star. They also had four players get honorable mentions. Those students are Jayden McClellan, Jack McFerran, Luke Misetich, and Logan Krause. Congratulations on a great season!

Varsity Softball: The program had a young team, which makes their future bright! They had a great season full of fun, skill development, and tremendous improvement as the season went on. The coaching staff and team will continue to work towards a winning season next year. “Believe, and we can achieve!!” says Coach Mr. Schipano! Congratulations to the seniors Adriana Diaz Rolon and Ariana Quinn (11th graders graduating early)!

Boys Tennis: The RCS Boys Tennis Team had ten players, with three seniors, three juniors, one sophomore, two freshmen, and one eighth-grader. The team compiled four wins, six losses, and a fifth-place finish in the eight-team Colonial Council Tennis League. The Most Improved Players on the team were Aaron Canosa and Parker Deyoe, who played Second Doubles. The Most Valuable Player on the team was Keenan Pagan, who played Number Three and Number Two Singles. Overall, the team showed marked improvement during the season, and they hope to build on their successes this year to create a highly competitive team in the future. Best of luck to the team’s seniors, Gavin Trosclair, Will Robertson, and Tyler Schwabrow!

Girls Track and Field: Our Girl's Track and Field Team had an amazing season due to the dedication and hard work of each athlete. They had many personal records and amazing performances this season, including several of their athletes competing at State Qualifiers and Senior Uchenna Uba competing at the NYSPHAA State Championships and winning 1st!! The seniors were wonderful leaders and role models to all of the athletes and will be missed next year. The program’s future looks bright, and they look forward to seeing their success continue next season. Big congratulations to the team's seniors Niquela Green, Arianna Ortiz, Taniesha Seals, Brianna Strock, Laurel Ticer, Cianna Williams, Regina Ware-Salazar, Maria Morrow, Katherine Pagnotta, Julianna Tourangeau, and Uchenna Uba!

Boys Track and Field: Limited numbers of athletes meant they were not always able to fully complete many events, however, several athletes did significantly well during the regular season! A few stand-out athletes were Jake Abrams, Erik Chapman, Maxwell Deyoe, Deondre English, Ethan Green, Lex Leto, Maximilian May, and JR Meddaugh. Deondre English made it to the finals in the 100m dash at the state qualifying meet. Additionally, Erik Chapman and Tyler Carrk made significant gains in the throwing events. Freshmen Ethan Green showed tremendous raw talent and improved his skills throughout the season. Other noteworthy freshmen were Justin Castillo, Dominik Paljusaj, and Jaden Williams.

Some pictures from our Spring Season: 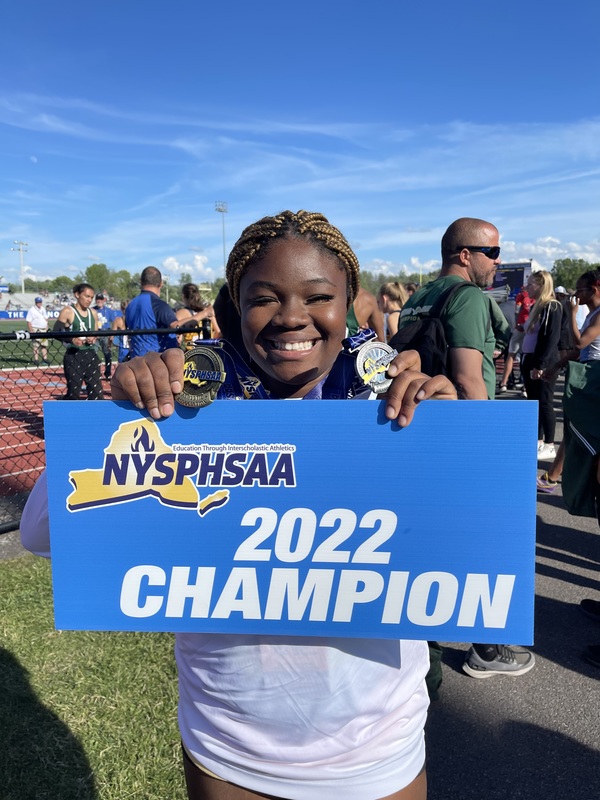 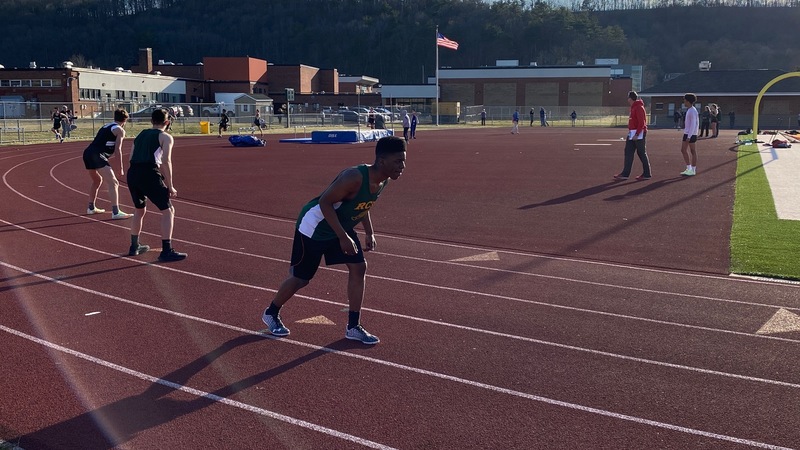 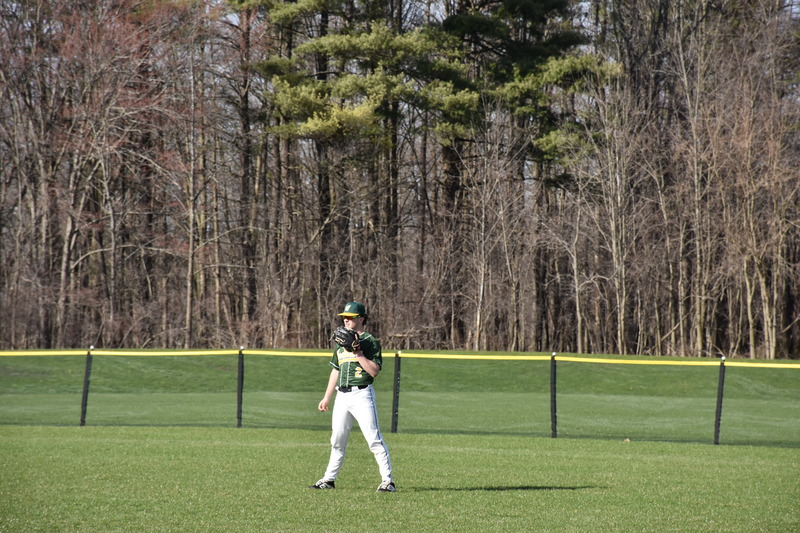 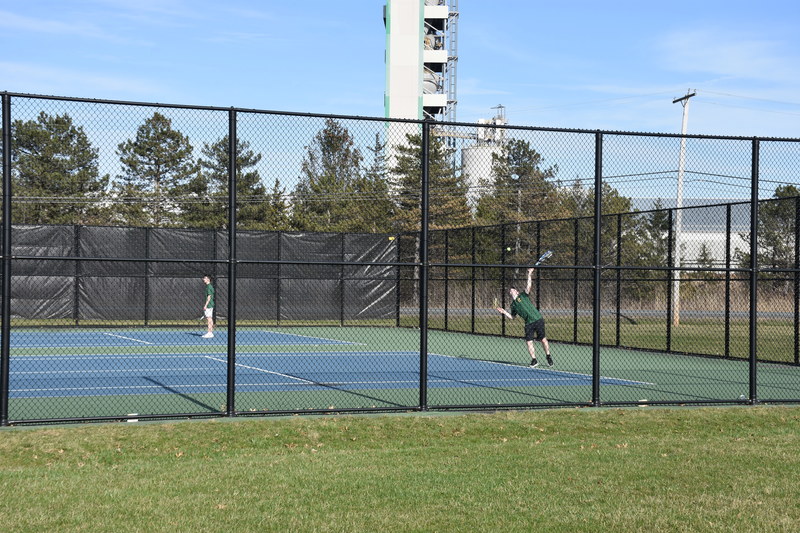 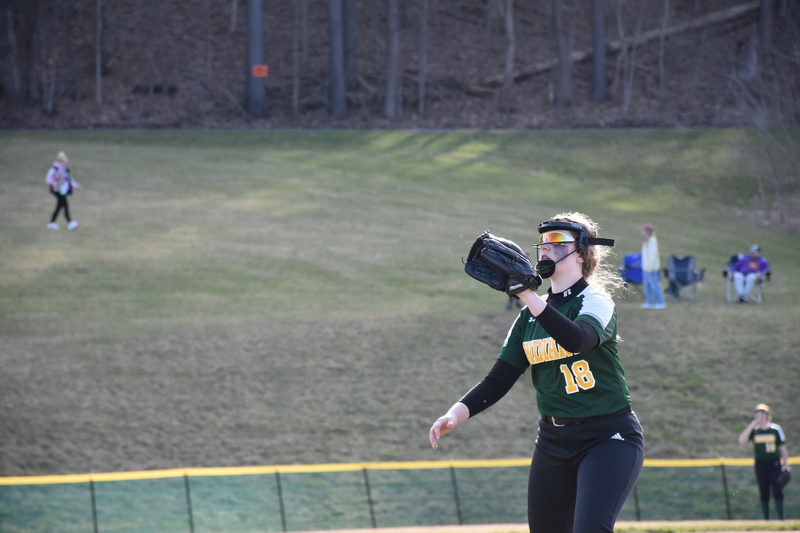 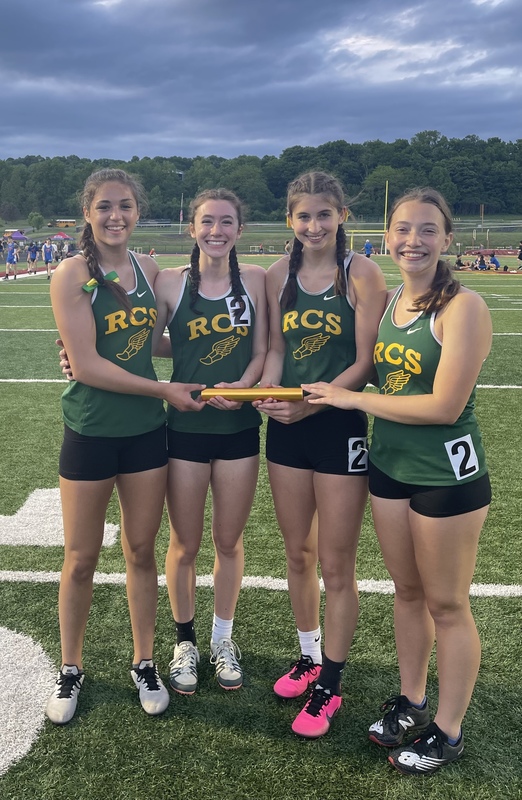 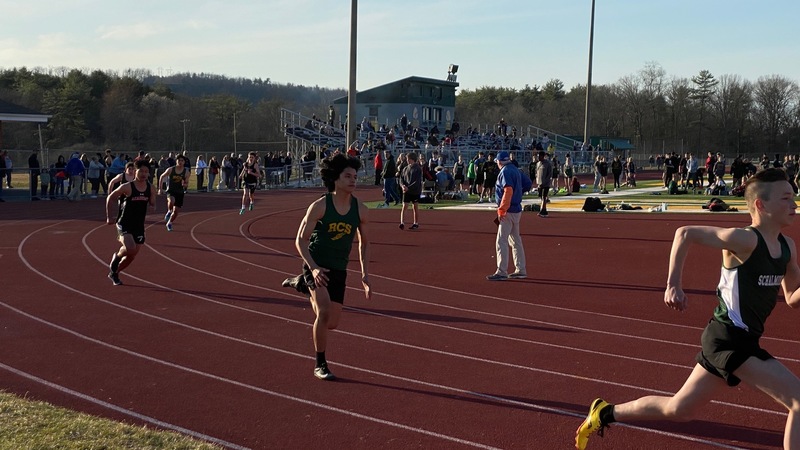 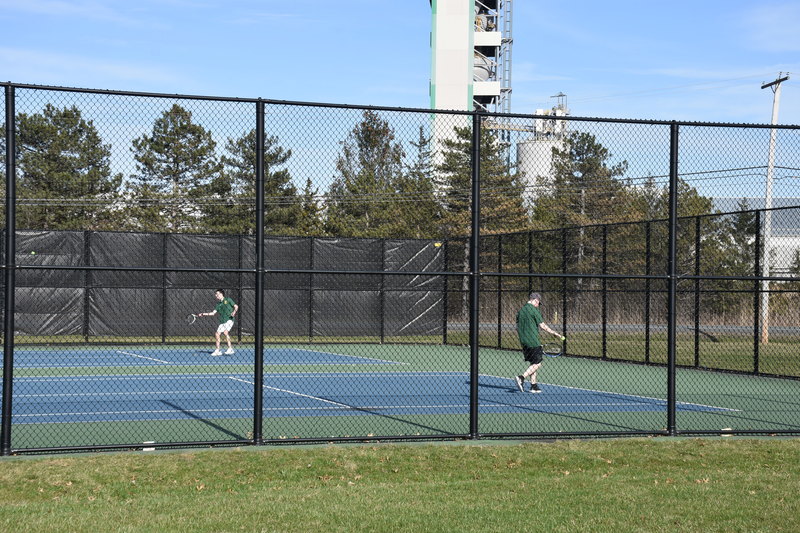 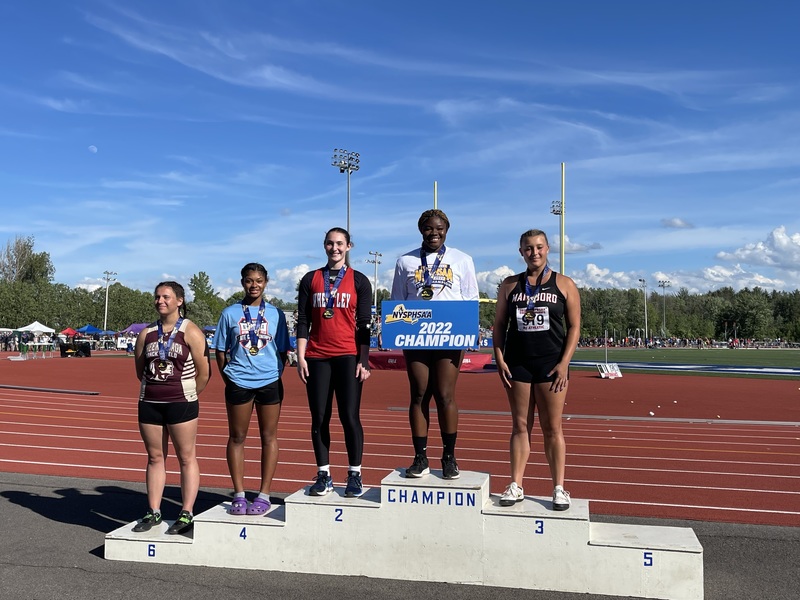 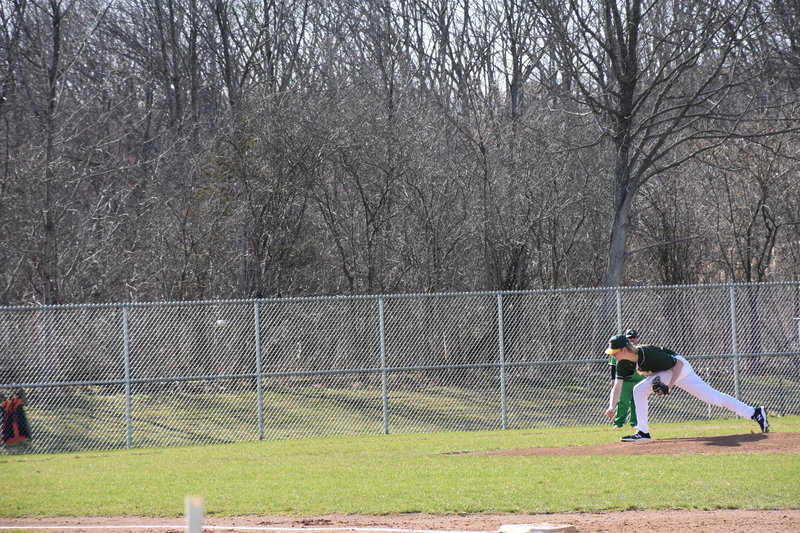 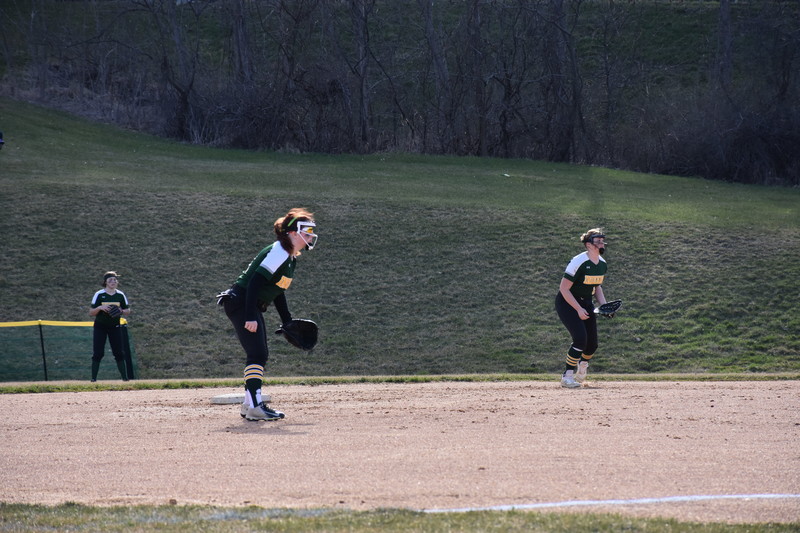