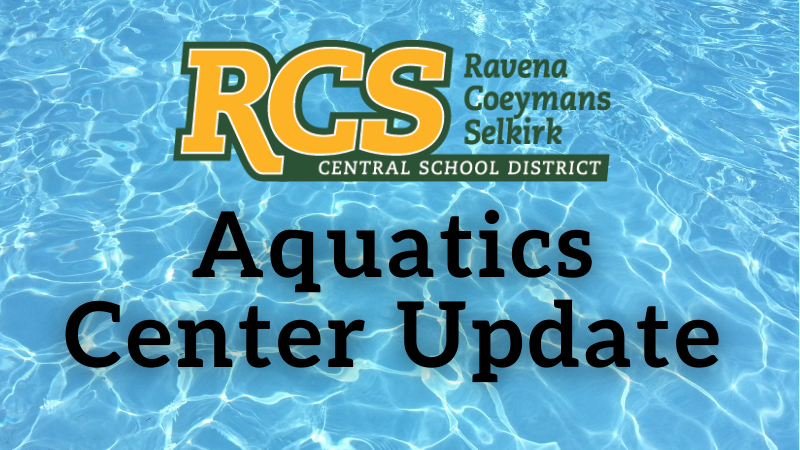 Our Aquatics Center is used by students and the public nearly year-round. We have done everything in our power to limit the impact that this needed repair work will have on our district programs. However, the pool filter is the original filter that was installed with the facility about 20 years ago and has been repaired multiple times. RCS has been seeking to replace some or all of the filter components for the past two years, recognizing that it may have had a critical failure at any time, causing the unexpected shut down of the facility and the potential for additional damage to our high school building.

The replacement requires approval by the State Education Department (SED) Facilities Planning because it will involve a “change or disruption to the engineering of the system.” We received their final approval for this project at the end of May which allowed us to begin to bid for the work. Supply chain issues have delayed our originally planned start date by several weeks, but the work is about to get underway. In addition, other improvements will be completed in the Aquatics Center in the spring/summer of 2023 as part of the construction project that was approved by voters in May of 2022. This will include updates to the ventilation system.

This replacement will cause modifications to the girls swimming and diving team’s schedule. Home meets scheduled for September will either be moved to October or moved to an away venue on the same dates in September. The District will be postponing the Adult and Continuing Education swim programs until the completion of the work in October.