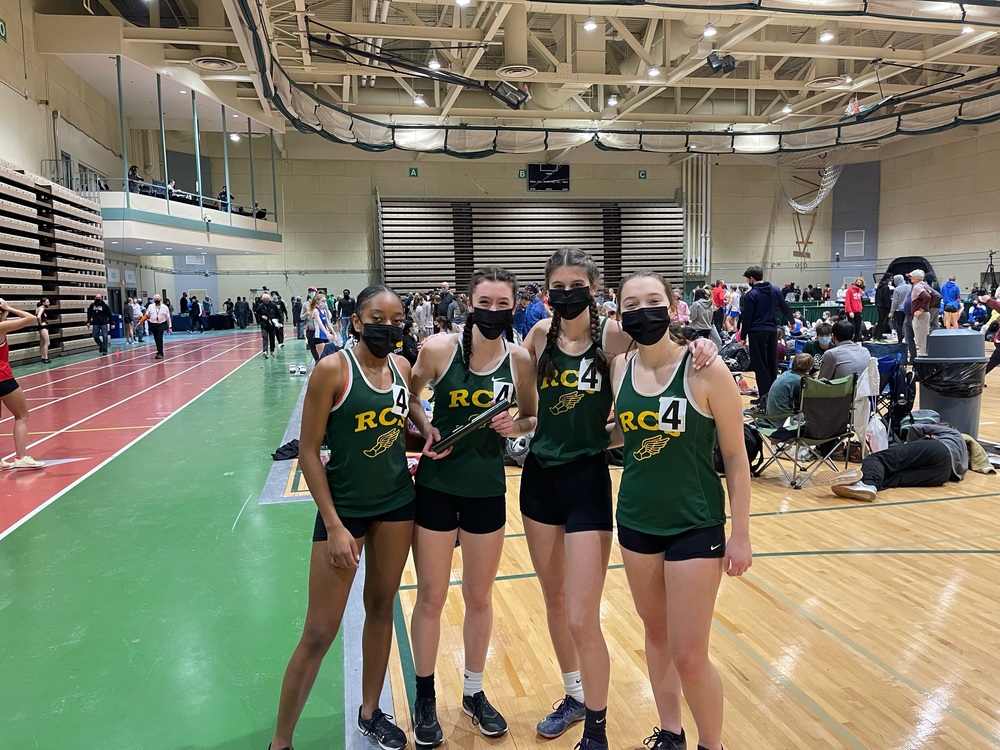 Winter Sports District Recap: RCS Athletics brought excitement and a sense of normalcy back to our community

The 2021-22 winter athletic season came to a close, but the highlights and memories are still fresh! RCS student-athletes competed as they only know how – they gave it their all! From boys and girls basketball, wrestling to bowling, and more, they provided our district with some amazing memories to wrap up the 2021-22 winter season.

Special recognition goes to the coaches, parents/caregivers, and more importantly, our student-athletes for bridging a year like no other -- while providing special highlights as we turn the corner this school year. As expected, our winter athletic teams gave us time to pause and provided us with an opportunity to cheer them on in person, while continuing the sense of pride.

“We are incredibly fortunate to have had such a special winter season for 2021-22,” said RCS Athletic Director Mr. Dorrance. “Our student-athletes made an impact, both academically and athletically, as they competed against their peers and represented our district. We are incredibly proud of their effort and thankful for the support of our school community this season.”

The District has 183 total students participating from grades 7 through 12. Enough of the small talk. Let’s get down to business!

Girls Bowling: The girls’ bowling team had a successful year! They had career-high games and two bowlers make Colonial Council All-Star Teams. They have a very young team with more than half being made up of middle schoolers and are looking forward to next year!

Boys Track & Field: The boys’ track and field team had two seniors this year, Nick Abrams and Deondre English. Some highlights from their season include:

Congratulations on a great season!

Cheerleading: JV Cheer excelled all season at games by mastering their sidelines and cheering loud for the team! Varsity Cheer was able to consistently place third out of 5 to 12 teams at competitions. They hit a routine with zero deductions three out of four times meaning they had no safety violations. They also raised their overall score over 7 points.

We are very proud of what both teams were able to accomplish and look forward to next season! Big congratulations to our seniors, Alyssa Gallogly, Catie Johnson, Skylar Hyslop, Niquéla Green, and Maddisyn Pike.

Girls Basketball: The girls’ varsity basketball team had a highly competitive 2021-22 season. They finished the season with a league record of 7-9 and an overall record of 8-11. The team was composed of two seniors, Lauren Reville and Molly McFerran, who will be greatly missed, 3 juniors, 3 sophomores, and 3 freshmen. They worked extremely hard day in and day out, 6 days a week, improving their skills and gaining experience. Highlights include a 5 point non-league loss to the 2nd place Wasaren finisher, Mechanicville, and back-to-back wins against Cobleskill and Mohonasen. The team was seeded tenth in the Section II Class B Sectionals but lost a tough game to the seventh seed Broadalbin Perth. Hannah VanDerzee was named Colonial Council Second Team All-Star, and Sara Hotaling was named Colonial Council All-Star Honorable Mention. Great season, ladies!

Wrestling: The team had an absolutely outstanding season! They went 4-2 in the Colonial Council League and had an overall record of 10-6. The top 14 RCS wrestlers took home the team title at the 2022 Class CC Tournament. Senior Erik Chapman (weight class 189lbs.) and Kaden Potter (weight class 138lbs.) were the Class CC Champions for their divisions.

Congratulations on a very successful season! All participants did a fantastic job! You can read more about their season here.

Boys Basketball: The Boys' Basketball season finished with a record of 5-16. The team had some excellent home victories over Voorheesville, on the day of the Athletic Hall of Fame ceremony and a big overtime win against Cobleskill. The basketball team played with a lot of effort and determination throughout the season before losing to a quality Greenville team in Sectionals.

Congratulations to the team's seniors, you will be missed! They are Ryan Southworth, Noah Algozzine, Jayden McClellan, Jason Margiasso, Elijah Mason, and Xavier Bermudez.

Boys Varsity Swimming & Diving: The RCS Boys Varsity Swimming and Diving team had a great season! They worked hard and were able to improve throughout the season. With eight athletes competing, they finished their year with a record of 2-5 in dual meets, a third-place finish in the Aqua League Invitational, and a ninth-place finish at the Section II Championships. Six of the swimmers qualified for individual events at the championships, with Justin Sulik and Max Deyoe both making finals in two events each.  All eight swimmers contributed to all three relays making finals. The team also had one Senior, Deondre English. Congratulations to the team on a great year!

Girls Track & Field: They had a strong season, but a small team this year with around 10 athletes competing in meets. However, the athletes were extremely competitive and successful! The team came in 4th place in the Colonial Council Championships and 6th place in Sectionals. We had six seniors who were wonderful leaders and competitors this season. Those seniors are Maria Morrow, Katie Pagnotta, Taniesha Seals, Laurel Ticer, Julianna Tourangeau, and Uchenna Uba. Some season highlights are:

There were several other PRs and amazing performances this season. Our goal is to continue this success into the spring season.

Some pictures from our Winter Season: 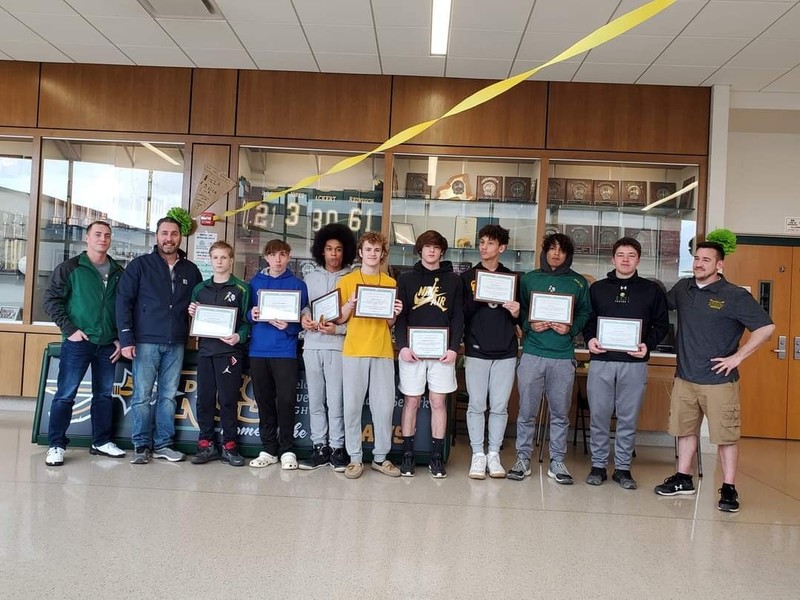 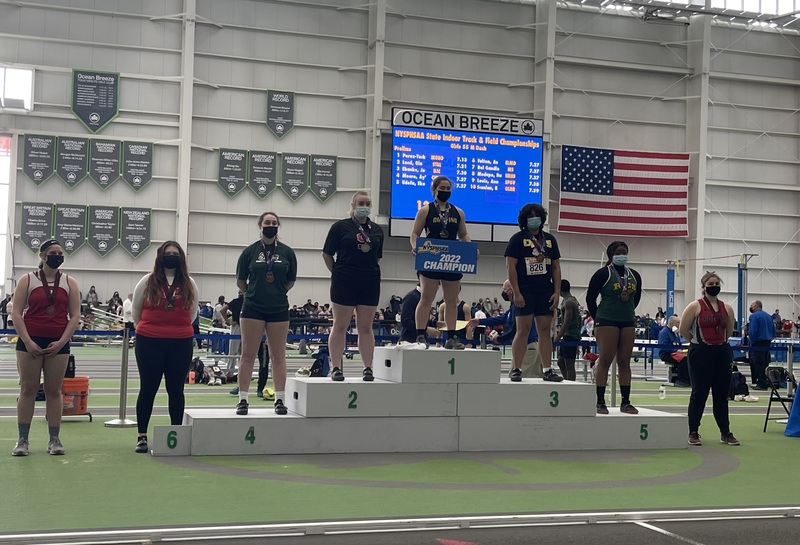 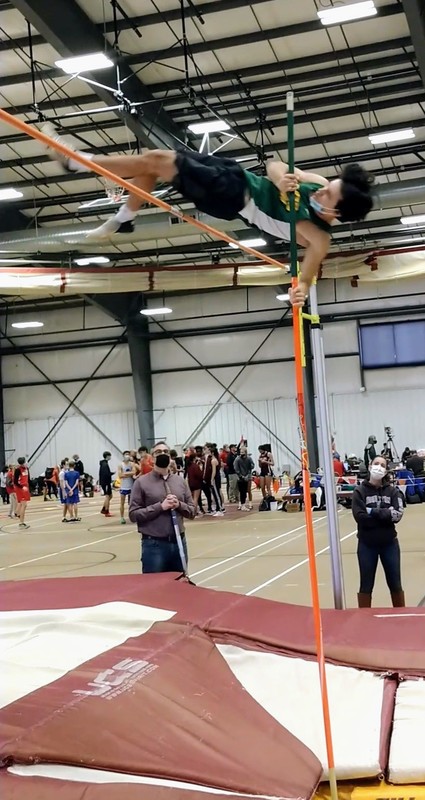 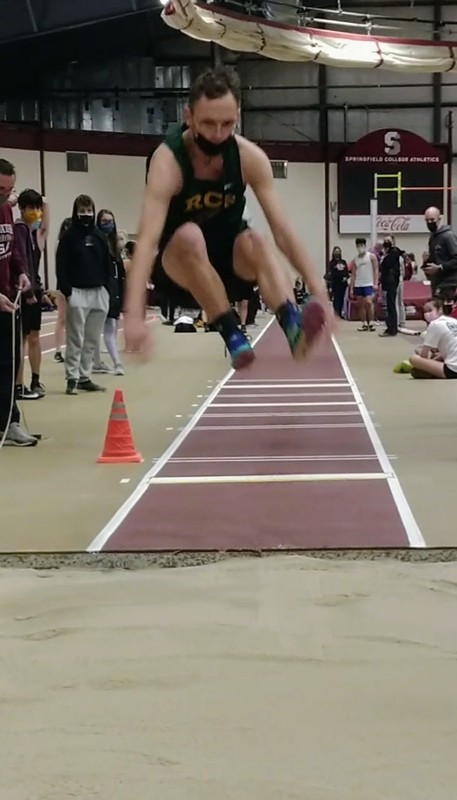 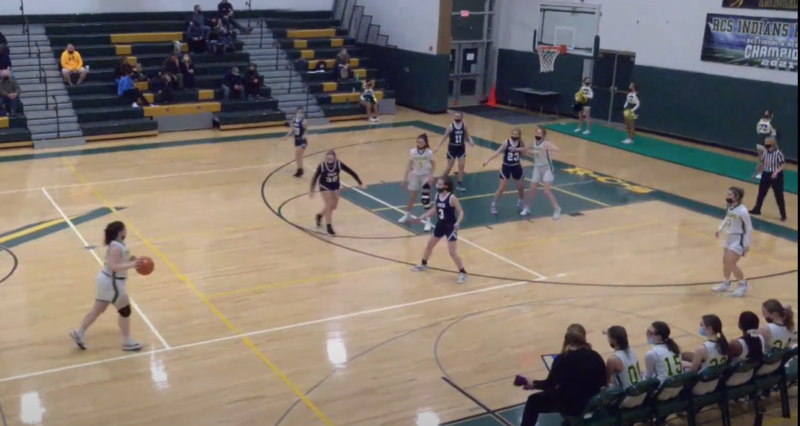 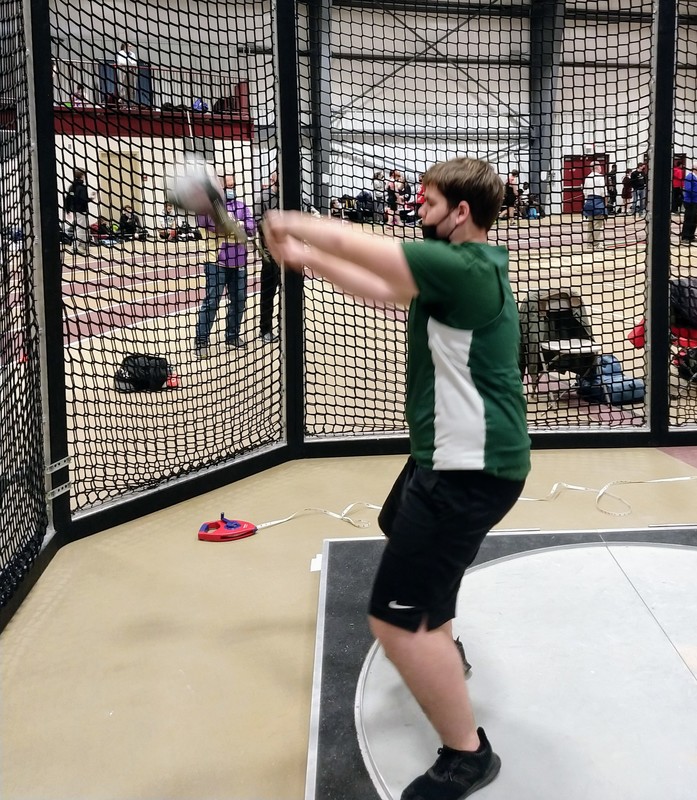 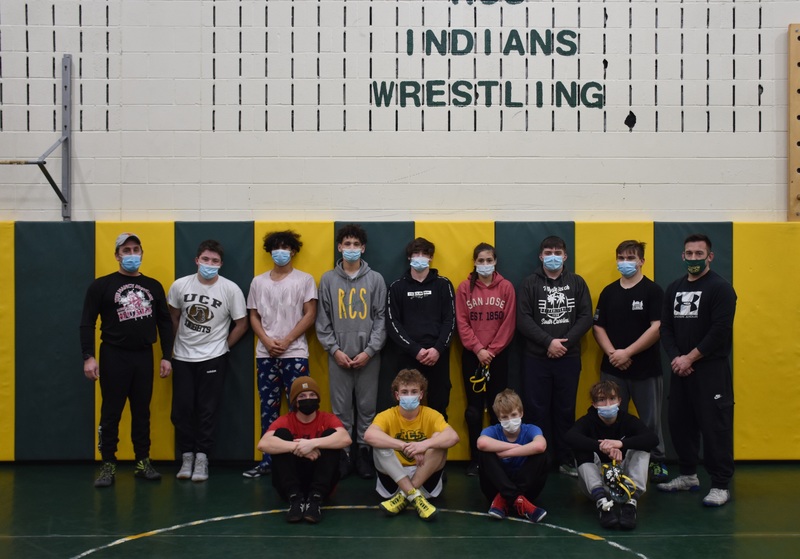